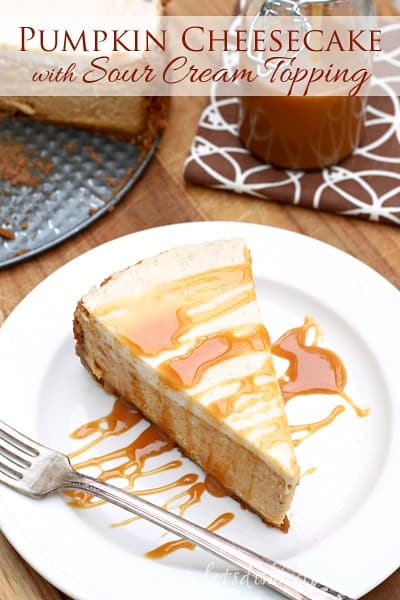 I’ve tried quite a few pumpkin cheesecake recipes over the years, and this Pumpkin Cheesecake with Sour Cream Topping is by far my favorite. My family wholeheartedly agrees!

This cheesecake has a perfect, creamy texture, and the sweetened sour cream topping makes it extra special.

If you’re hesitant about a sour cream topping on your cheesecake, don’t be. It’s fabulous! Of course, when it comes to cheesecake, the tricky part is getting a finished product with no cracks.

But that’s part of the beauty of this recipe. Because of the sour cream topping, you don’t have to worry about cracks because they’re going to be covered up.

Although I will say, this cheesecake tends to crack much less than other recipes I’ve tried. Trust me, you’re friends and family will all be impressed with the taste and appearance of this delicious pumpkin cheesecake.

One final note: you really do want to make this cheesecake at least one day before serving. It’s so much better after sitting in the refrigerator overnight. 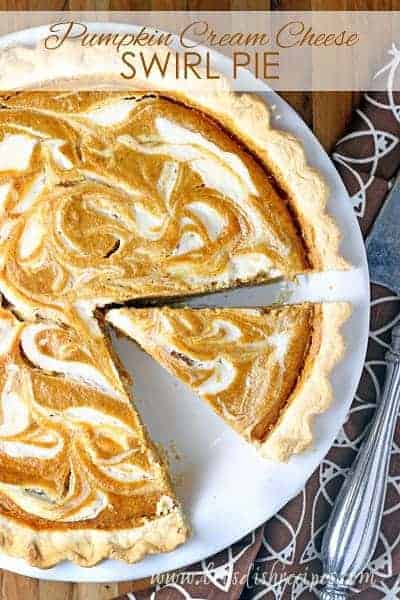 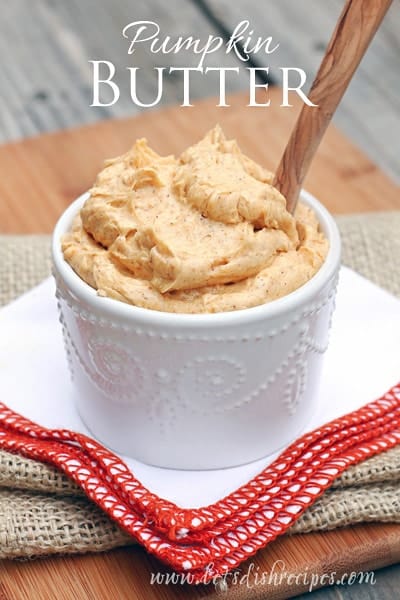 Who Dished It Up First: Adapted from Taste of Home