×
You are here: Home / Soups / The Best Clam Chowder
Jump to recipe

THE BEST CLAM CHOWDER — This hearty, creamy chowder is loaded with clams, potatoes, green peppers, celery and seasoning. The secret is the baked roux, which makes this classic chowder extra thick and delicious. 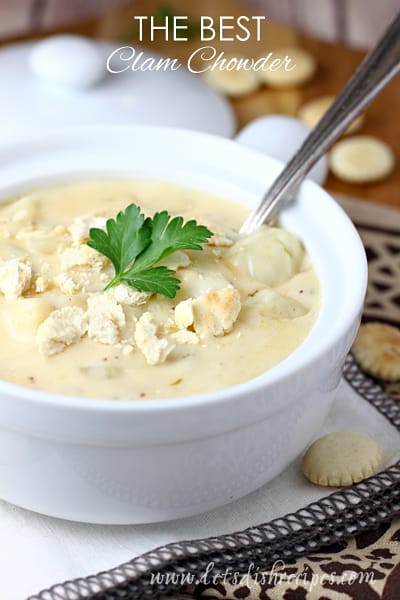 Years ago, a good friend gave me this recipe for The Best Clam Chowder. It’s a copycat of the clam chowder served at a popular restaurant in Salt Lake City, Utah called Market Street Grill. I’ve never found a clam chowder recipe that beats this one!

The first, and most unique thing you’ll notice about this recipe is that the roux is baked in the oven. I’d never seen anything like it before, but it’s actually brilliant.

I love that I can prepare the other parts of this soup while the butter and flour are baking and browning in the oven. And when you add the baked roux to the soup, it gets super thick, super fast!

Then you add half and half or milk until your chowder is the consistency you like it. If you love a really thick clam chowder, just add less milk. If you like your chowder on the thinner side, add more. 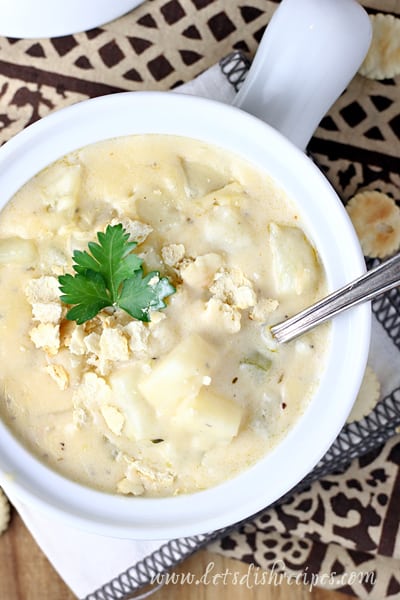 Besides being delicious thick and rich, this clam chowder is loaded with flavor, thanks to sauteed leeks, peppers, celery and onion. And the perfect combination of herbs and spices. Plus a splash of Tabasco sauce, of course.

We actually like to serve some Tabasco sauce on the side too, for those who like to add a little spice to their chowder. And don’t forget the Saltines or oyster crackers. Well, at least my kids won’t let me forget that!

Living in a landlocked state like Colorado, it’s not easy to get a really great clam chowder, so I love having a recipe that lets me recreate a restaurant quality seafood chowder at home.

If you’ve been searching for the perfect clam chowder recipe, look no further. This truly is the best clam chowder I’ve ever had!

Be sure to save this recipe for The Best Clam Chowder to your favorite Pinterest board for later. 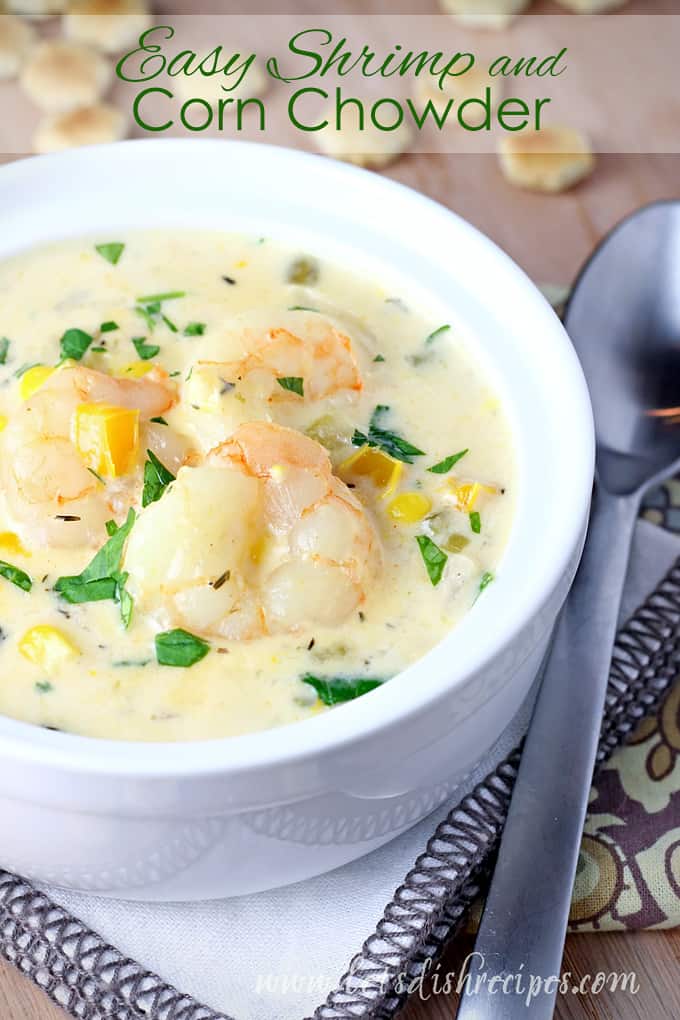 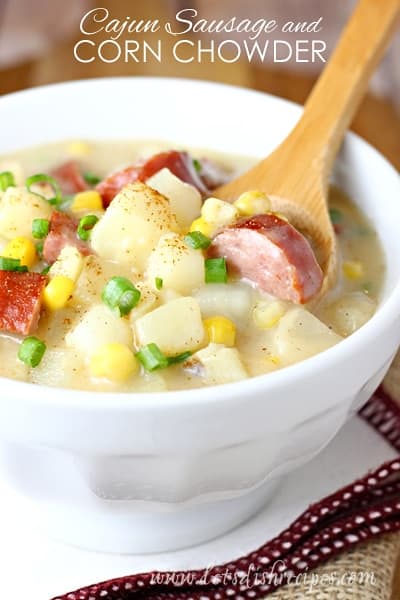 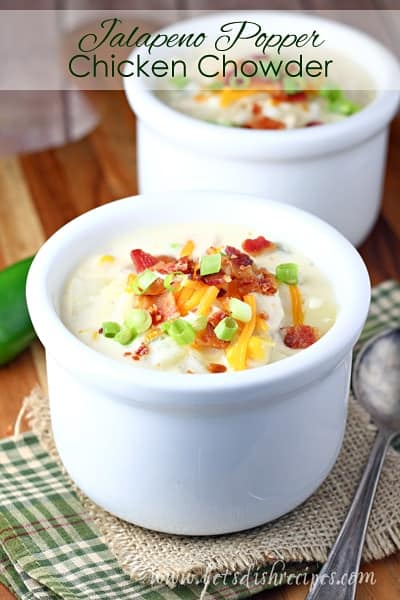 Who Dished It Up First: My friend Mishi shared this recipe with me nearly 15 years ago!