CAST IRON SKILLET PEPPERONI PIZZA — This simple but delicious pepperoni pizza bakes up in a cast iron skillet for a deep dish-style crust that’s crispy on the outside and chewy on the inside. 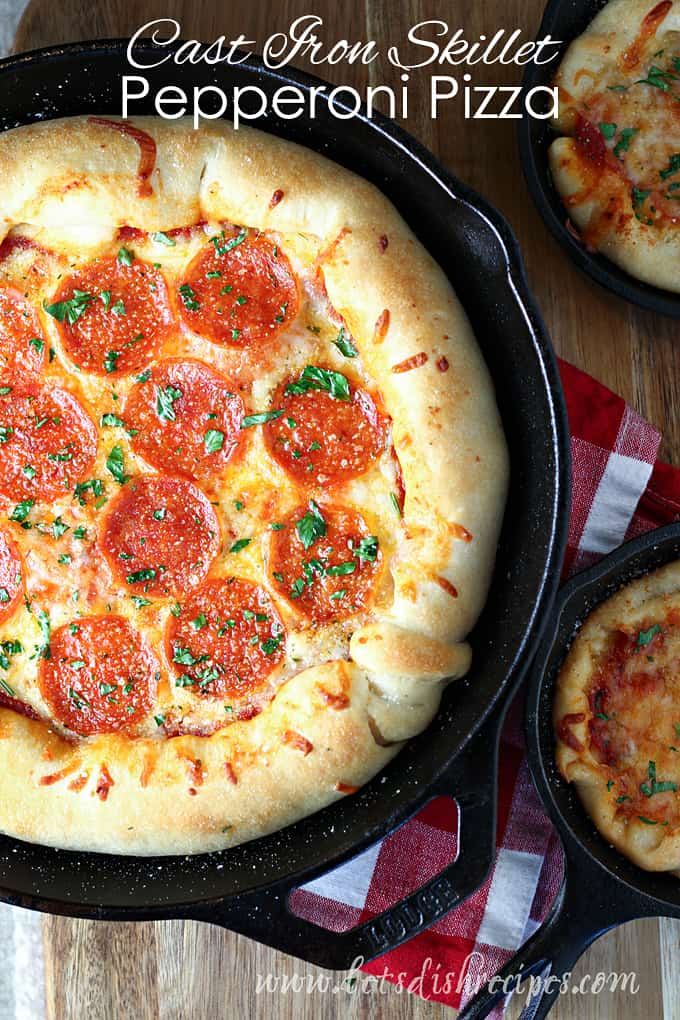 It’s hard to go wrong with pepperoni pizza, especially at my house, and this Cast Iron Skillet Pepperoni Pizza is our favorite way to make and eat pizza.

I’ve tried a lot of different types of pizza pans over the years–stoneware, aluminum pans with holes (to name a few)–and I always come back to my cast iron skillet.

I just love the way cast iron cooks the crust so perfectly. Crispy on the outside and chewy on the inside. And if you love deep dish pizza, a cast iron skillet is pretty much a deep dish pizza pan with a handle.

I actually have to large cast iron skillets just for making pizza, since one pizza would never be enough for my three hungry teenage boys.

But once you’ve got the skillet, you really don’t have to limit yourself to just pepperoni pizza. It’s a great place to start though, especially if you’ll have kids helping you in the kitchen. 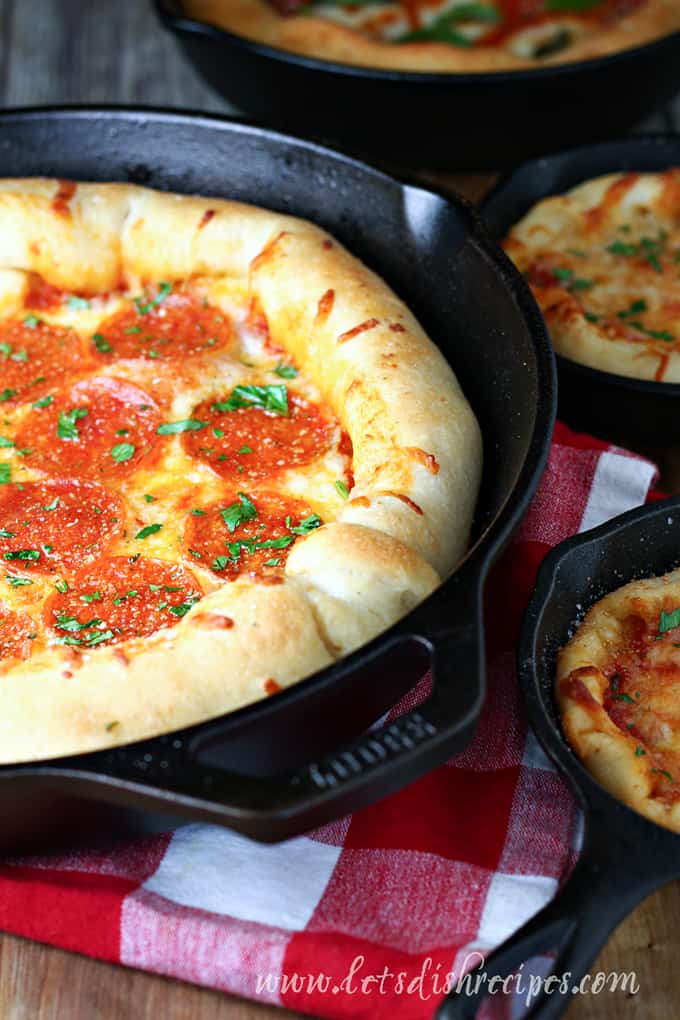 Just be aware, if you do have younger kids helping with this pizza recipe, cast iron skillets are really heavy and can get really hot in the oven, so they’ll probably need help getting the pizza in and out of the oven.

If you have mini cast iron skillets, this is also a fun way to make individual pizzas. They’re especially popular with kids, because everyone gets to choose their own toppings.

Feel free to use whatever kind of pizza dough you prefer. I love my recipe for homemade pizza dough, but sometimes if I’m in a hurry I’ll go with refrigerated, store-bought dough.

And the amounts for cheese, sauce and pepperoni in this recipe are approximate. Obviously it’s your pizza, so feel free to use as many or as few toppings as you like.

Like I said, you really can’t go wrong with pepperoni pizza, and this Cast Iron Skillet Pepperoni Pizza is always a hit at my house.

Be sure to save this Cast Iron Skillet Pepperoni Pizza recipe to your favorite Pinterest board for later. 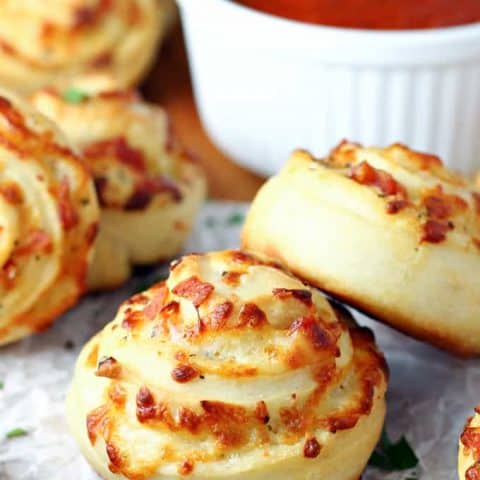 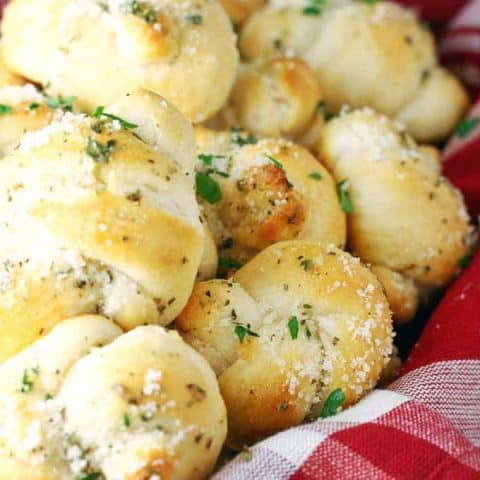 Refrigerated biscuit dough is rolled into ropes, then tied into knots and covered in herbs, butter and Parmesan cheese to create these irresistible and fun bread recipe. 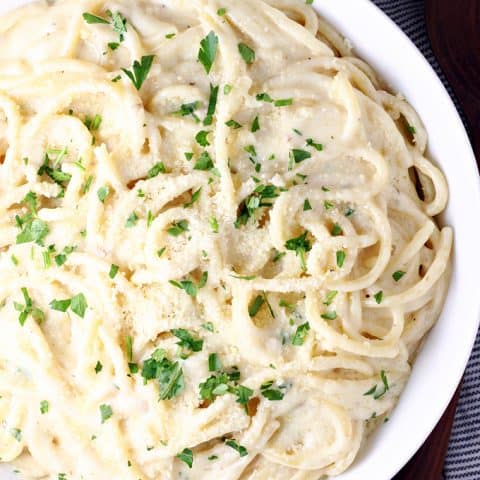 Spaghetti is tossed in a creamy garlic sauce with Parmesan, mozzarella and fontina cheese in this easy pasta recipe that even picky eaters love! 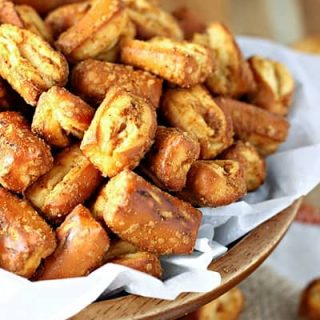 Pretzels are coated in a savory taco seasoning mixture then baked until crispy. The perfect snack for game day or movie night!

Who Dished it Up First: This is an original recipe