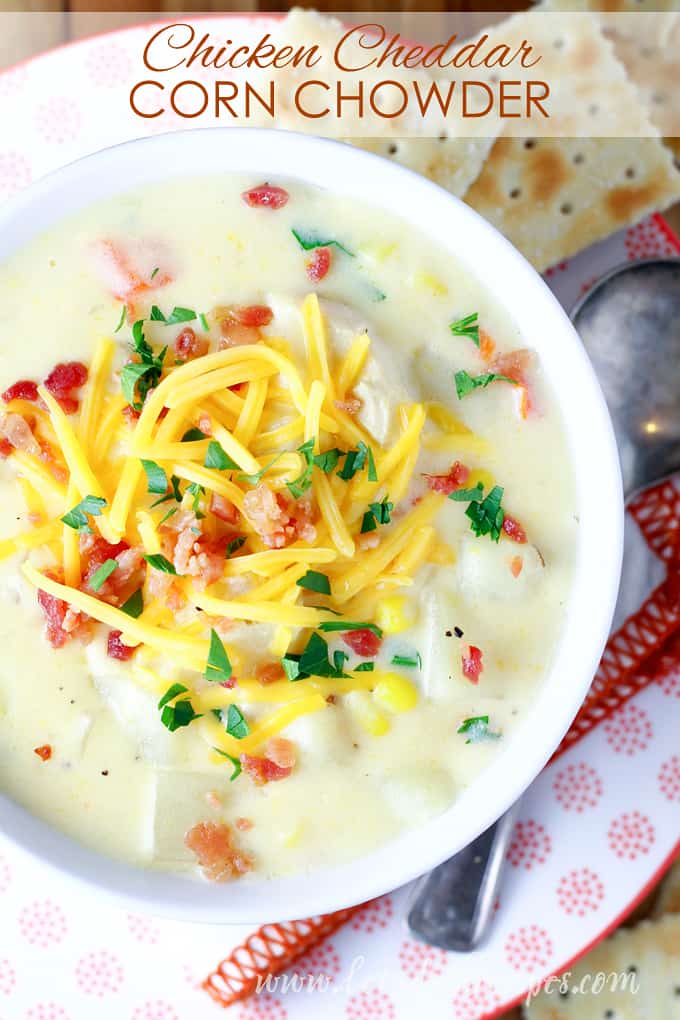 This Chicken Cheddar Corn Chowder is my kind of soup. Thick, creamy and loaded with some of my favorite ingredients–like potatoes, bacon and cheese, just to name a few!

In fact, the first time I served this soup to my family, my husband said it was one of the best soups he’d had in a long time. And the kids devoured it too. That’s how I know I have a winning recipe!

If you’re a fan of corn chowder, the addition of chicken and cheddar cheese take this version to a whole new level. I like to use frozen corn, since that’s what I usually have on hand.

But if you’re a canned corn person, that will work too. You could even use creamed corn in a pinch. And during the summer, you really can’t beat fresh, grilled corn in this recipe. 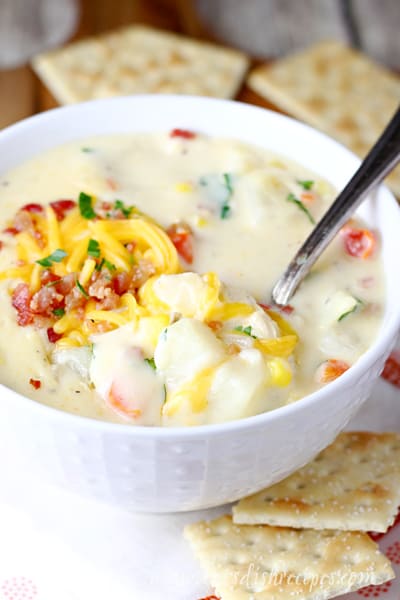 I make soup several times a week (sometimes more) during the winter months, and this chowder is one of my family’s favorites. It’s loaded with ingredients that kids love as much as adults, so it’s perfect for picky eaters (and believe me, I have a few of those at my house).

And like most soups, this one is super easy to throw together. I can usually have a pot of this creamy, delicious corn chowder on the table in about 30 minutes.

Especially if I’m using a supermarket rotisserie chicken, and I can convince someone else to peel the potatoes for me.

My family loves this soup with some Saltine crackers or a crusty loaf of bread on the side. Whatever you serve with this Chicken Cheddar Corn Chowder, it’s sure to be a favorite at your house too!

Be sure to save this Chicken Cheddar Corn Chowder recipe to your favorite Pinterest board for later. 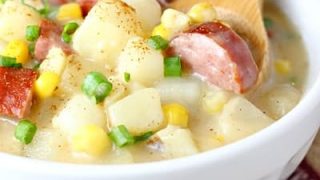 This thick, hearty chowder is loaded with smoked sausage, potatoes and corn, with some Cajun seasoning for a spicy kick! 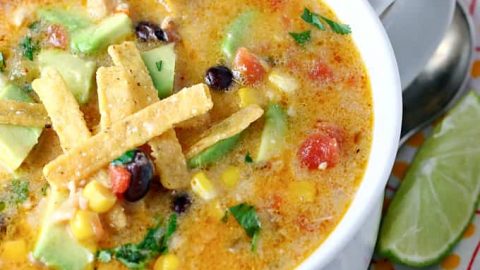 This hearty Southwest style soup features chicken, black beans, corn and peppers in a slightly spicy, creamy broth. Top with shredded cheese and avocado for a heartwarming lunch or dinner. 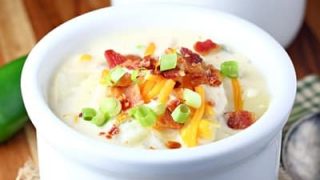 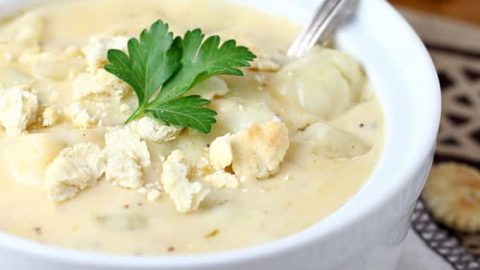 This hearty, creamy chowder is loaded with clams, potatoes, green peppers, celery and seasoning. The secret is the baked roux, which makes this classic chowder extra thick and delicious. 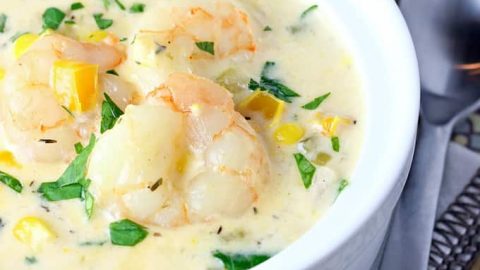 Loaded with shrimp, corn and melted cheese, this hearty seafood chowder comes together in 30 minutes or less! 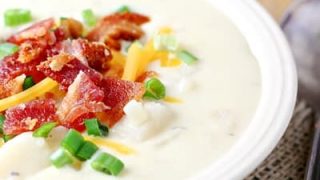 Cream cheese is the secret ingredient in this simple yet flavorful potato soup recipe.

Who Dished It Up First: Adapted from Favorite Family Recipes