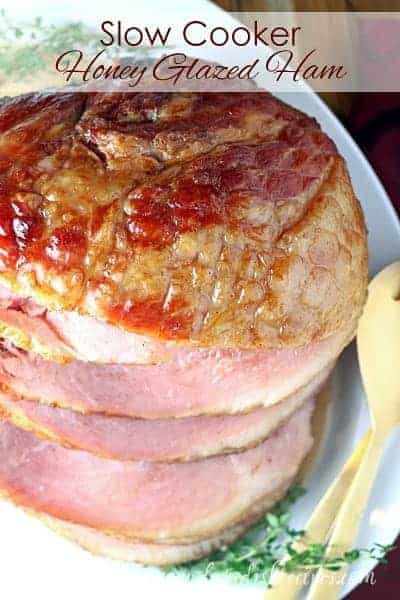 If you love honey glazed ham, you’re going to love this Slow Cooker Honey Glazed Ham. This is hands-down my absolute favorite way to prepare ham.

I’ve tried a lot of different methods and recipes for preparing ham over the years, and this is the one I always come back to.

Especially during the holidays. When you’re hosting a holiday meal, you want to go with tried and true recipes that always turn out delicious.

I made this for guests who proclaimed, “That’s the best ham I’ve ever had!” Even folks who said they don’t normally care for ham liked this honey glazed version. 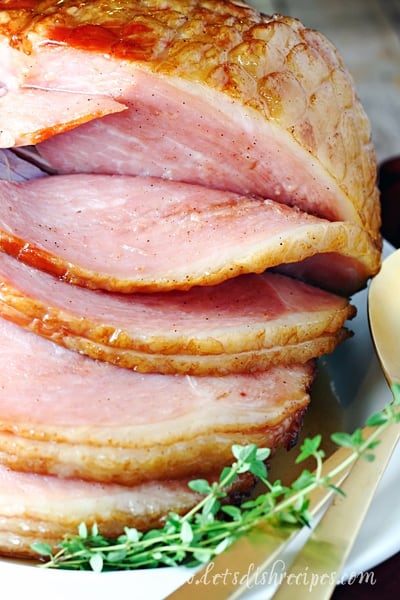 It’s so easy to remove the lid of the slow cooker for basting, and the ham always stays moist.  Not to mention, cooking the main dish–especially for a holiday meal–in the slow cooker frees up all that space in the oven.

I keep the glaze warm on the stove top during cooking, and baste my ham every 30 minutes or so. You may have to adjust the cooking time based on the size of your ham, but really, you can do this with almost any pre-cooked ham.

Just make sure you have a ham that will fit in your slow cooker. If not, you can prepare your ham the traditional way, in the oven.

Just follow the same instructions for basting as outlined in the recipe. Whether you use the slow cooker or the oven, this honey glazed ham is destined to become a holiday tradition!

Be sure to save this Slow Cooker Honey Glazed Ham recipe to your favorite Pinterest board for later. 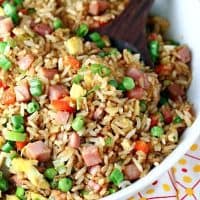 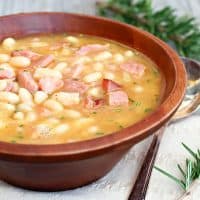 Ham and Bean Soup with Rosemary

Fresh rosemary is the perfect accompaniment to this savory, made-from-scratch bean soup. The perfect way to use up leftover ham! 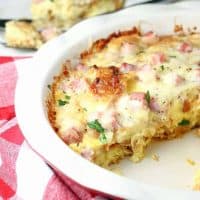 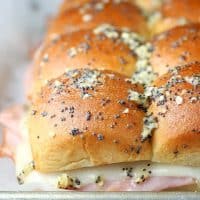 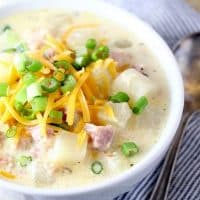 A cheesy, creamy broth is loaded with diced potatoes and chopped ham in this satisfying soup the whole family will love. 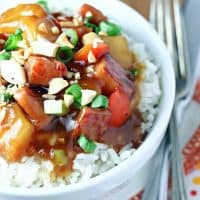 Cooked ham is sauteed with peppers and pineapple, cooked in a delicious sweet and sour sauce, then served over rice and garnished with chopped cashews.