SLOW COOKER PORK CHILI VERDE — Tender pork, slow cooked in a spicy chili verde sauce. Delicious on it’s own, or served with warm tortillas and a dollop of sour cream. 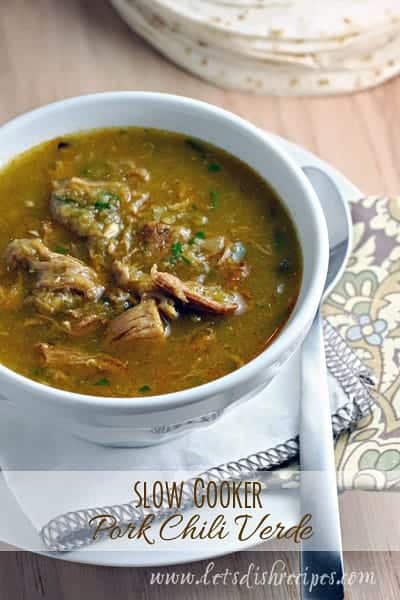 I’ve been wanting to make my own pork chili verde for a long time.  But all the recipes I’ve come across seemed so complicated….requiring me to roast peppers and tomatillos and put in all kinds of time and effort. Until I discovered this Slow Cooker Pork Chili Verde!

I figured there must be a way to make a great chili verde without all that work. The secret, I think, is in searing the pork before placing it in the slow cooker, then cooking the vegetables in the same pan.

It gives this dish a great depth of flavor, but isn’t as time consuming as all that roasting. And let me tell you, this stuff is amazing!

Like, I would choose it for my last meal kind of amazing–especially served up with some sour cream and cheese.

And with warm tortillas for dipping–knock your socks off good! My family wholeheartedly agrees.

No one ever complains that the recipe makes enough to feed us for two days. 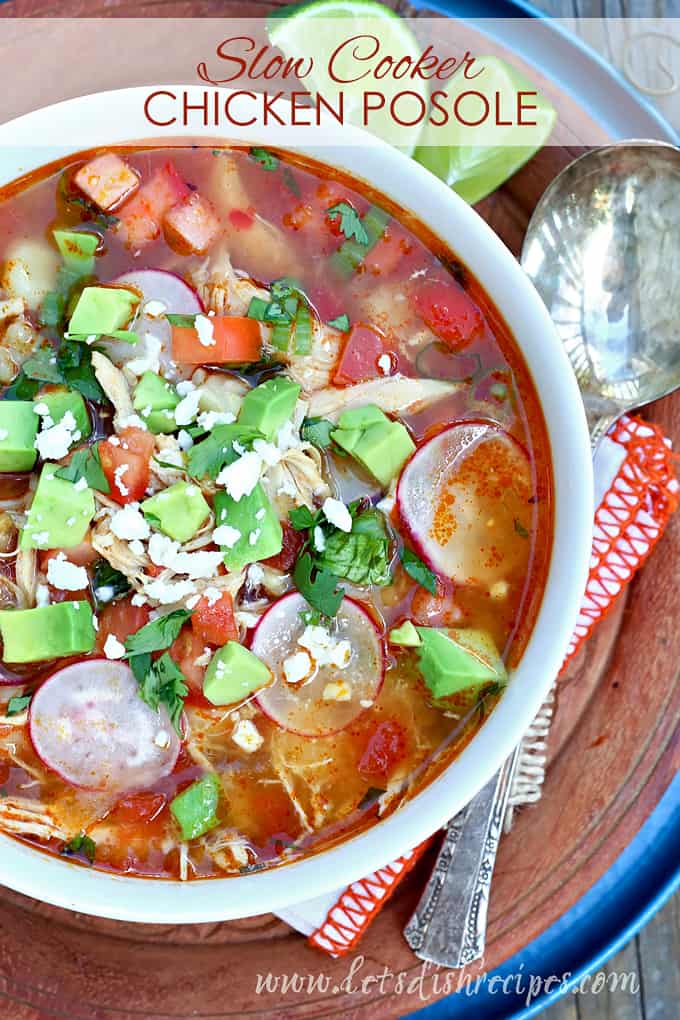 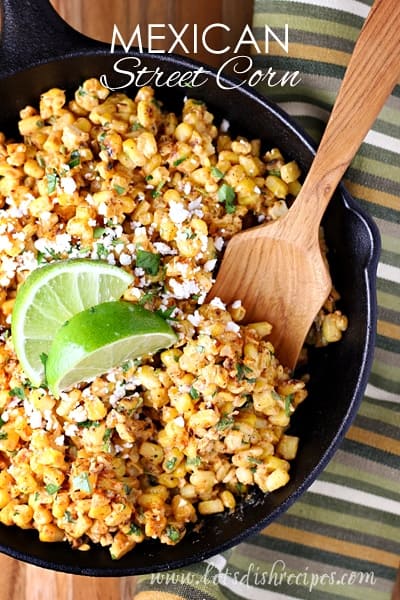 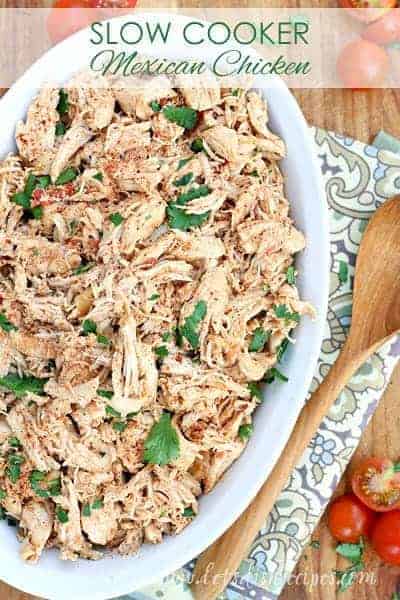