CINNAMON CARAMELS — Soft and chewy, with the bold color and flavor of red hot cinnamon, these caramels are the perfect treat for the cinnamon lover in your life. 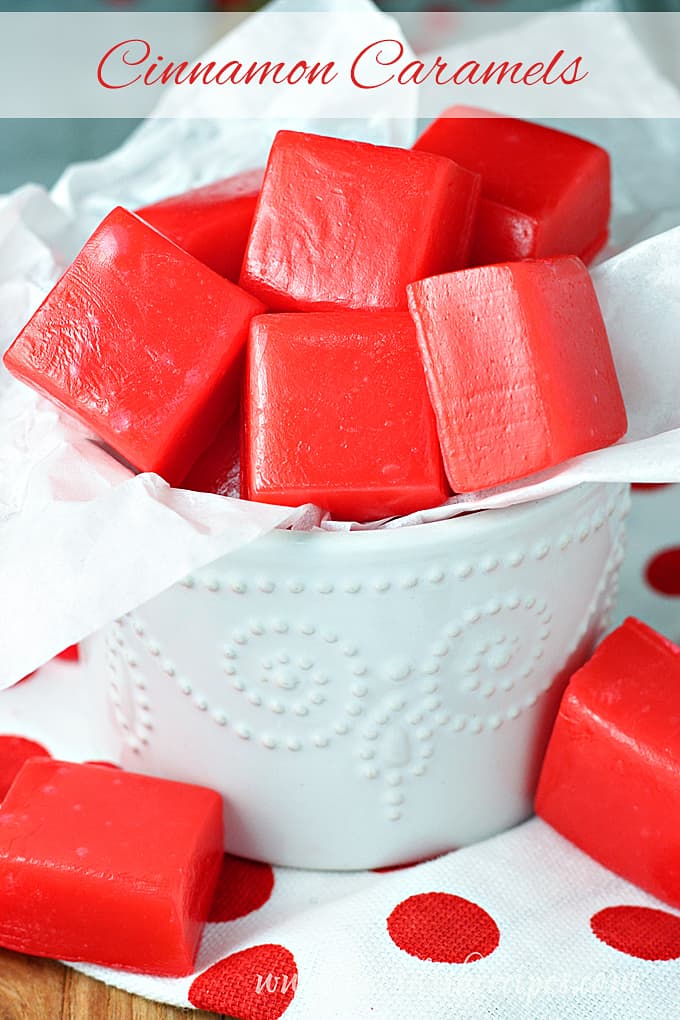 I’m a huge fan of all things cinnamon, and these Cinnamon Caramels are probably one of my favorite homemade candy recipes on the blog!

I’m talking cinnamon bears, Hot Tamales, Red Hots, Big Red gum. I love all of it. So as far as I’m concerned, these amazing caramels are well worth the time and effort.

If you love cinnamon as much as I do, especially soft and chewy cinnamon treats, you are going to love these.  I couldn’t stop eating them! Okay, that may not be a good thing, but the point is, they’re irresistible.

If you don’t love cinnamon quite as much as I do, and you don’t want your caramels to be too hot, you can always cut back a bit on the cinnamon oil.

Just note that when it comes to candy flavorings, there’s a difference between oils and extracts. Be sure you’re using whichever one the recipe calls for. I usually order my cinnamon oil from Amazon. 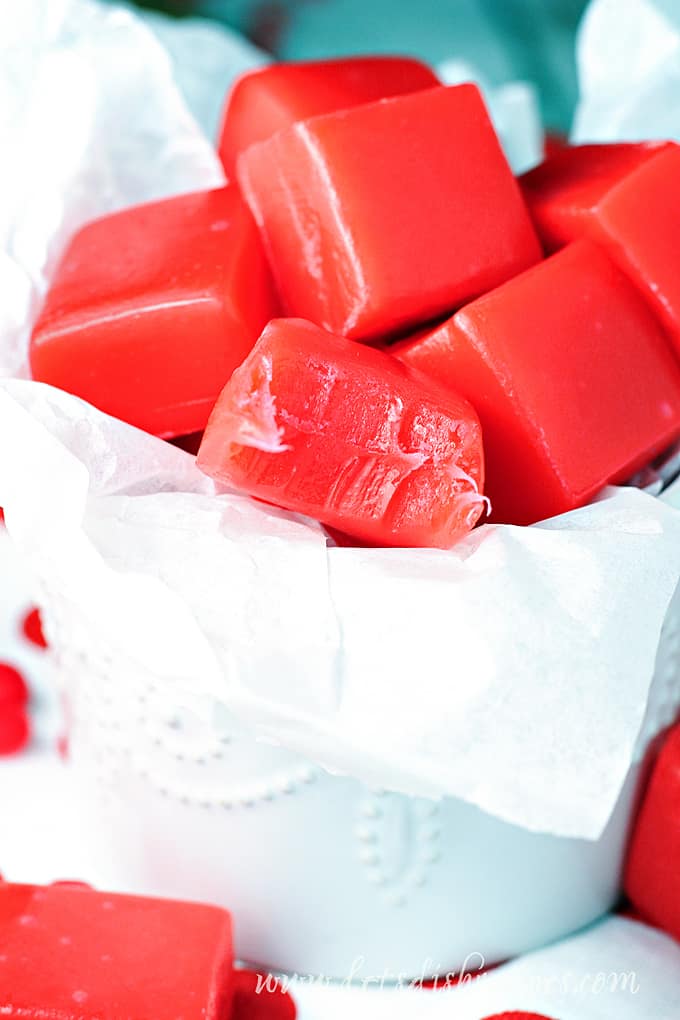 Honestly, I’m not a big candy maker, mostly because of all that waiting and stirring.  These do require a bit of patience and a strong stirring arm, but they are well worth it.

Speaking of cinnamon candy, if you’ve never tried a chocolate covered cinnamon bear, you must! One day I’m going to cover these caramels in chocolate. I’m pretty sure they’ll be out of this world!

With their pretty red color and intense cinnamon flavor, these Cinnamon Caramels are the perfect addition to your holiday candy making list. I hope you love them as much as I do.

Be sure to save this recipe for Cinnamon Caramels to your favorite Pinterest board for later. 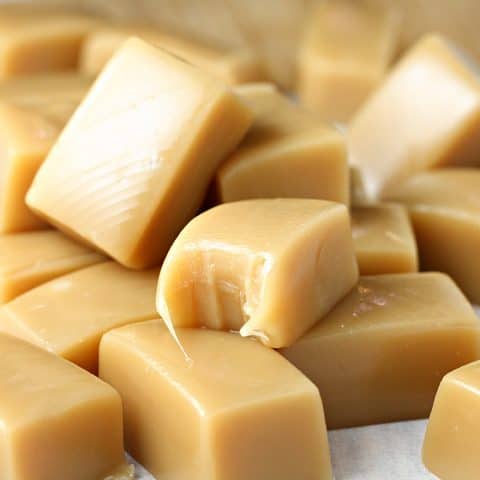 Delicious, chewy caramels made in 10 minutes or less in your microwave oven! 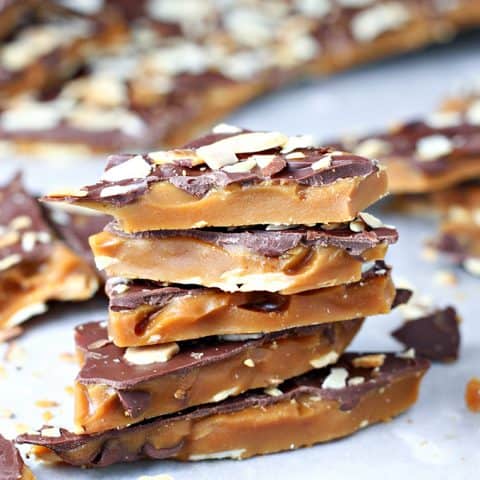 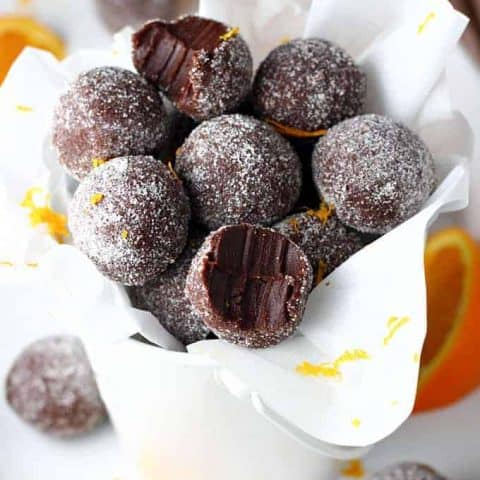 Dark chocolate and orange oil combine in these rich decadent truffles. With only four ingredients, you won't believe how easy they are to make! 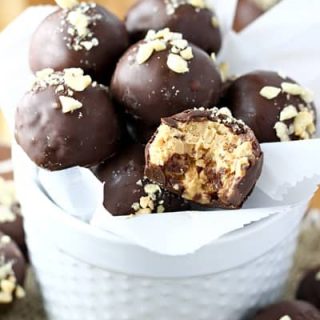 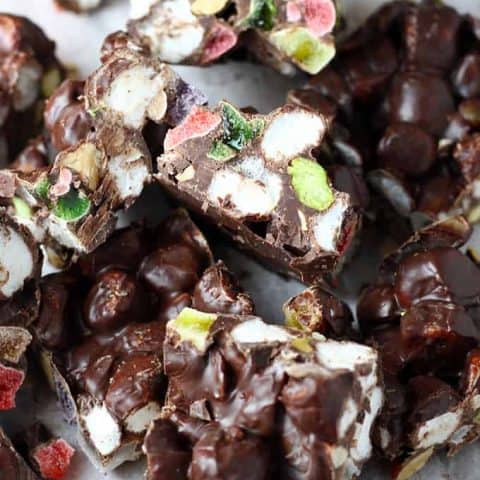 Traditional rocky road candy, made with chocolate, nuts and marshmallows, gets an upgrade for the holidays with the addition of gummy candy. So easy to make, this candy will quickly become a holiday favorite! 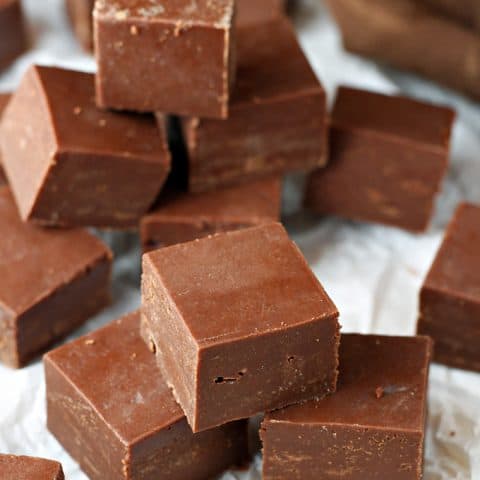 The best creamy chocolate fudge ever! Just like my grandma used to make.

Who Dished It Up First: Adapted from A Farmgirl’s Dabbles.