×
You are here: Home / Desserts / Grandma’s Secret Pie Crust Recipe with Tips for the Perfect Pie Crust
Jump to recipe 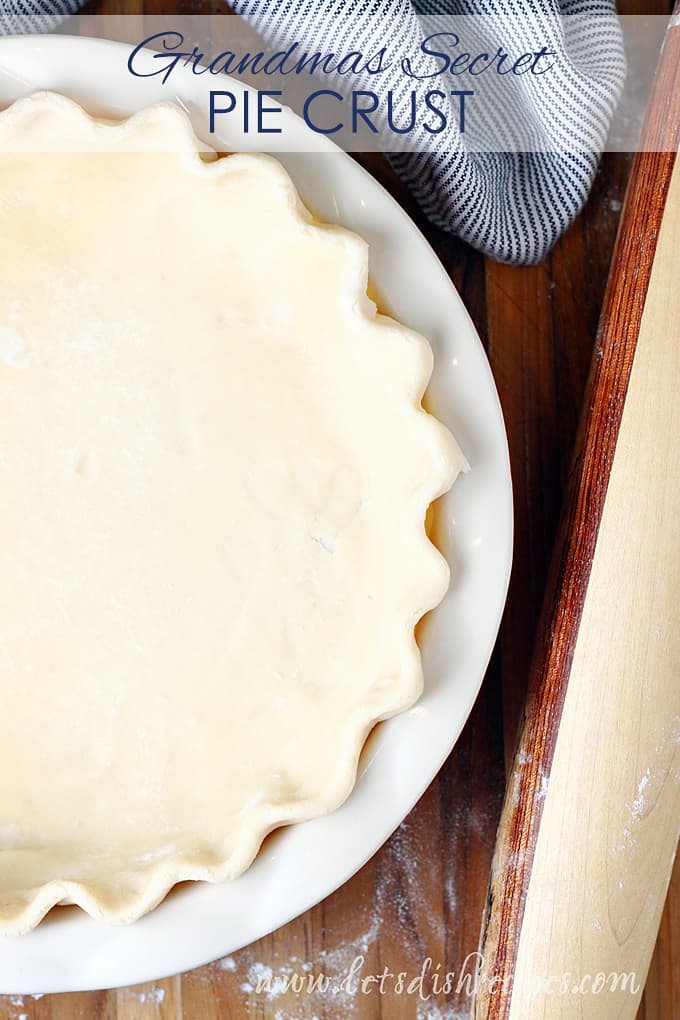 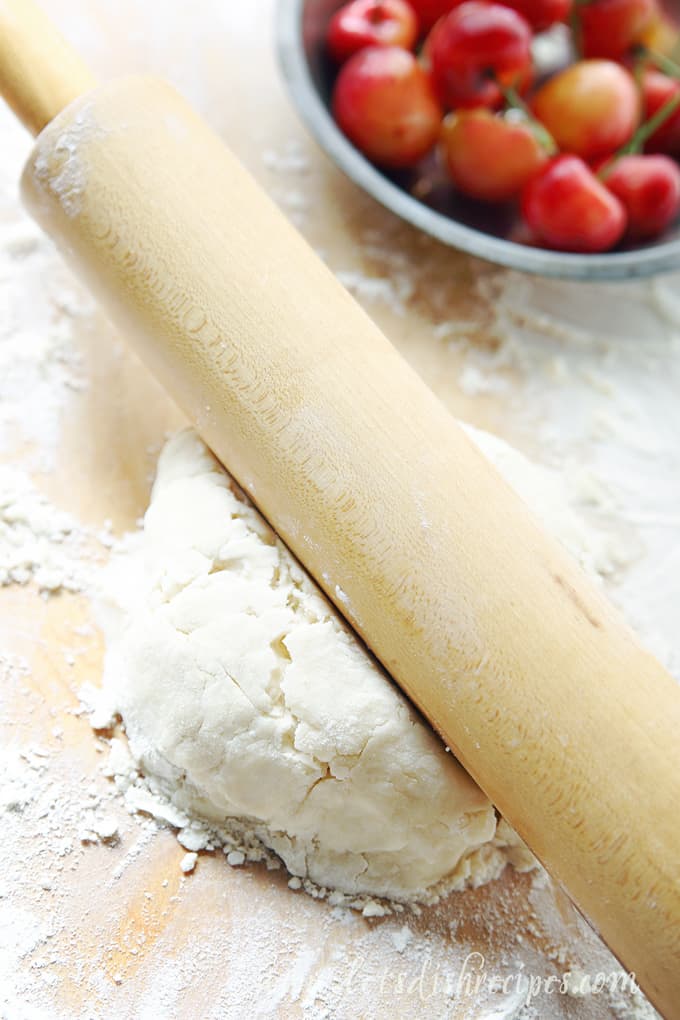 I confess, I don’t always make my pie crusts from scratch. Sometimes I need to save time and I opt for a pre-made crust. The thing is, my family usually can’t tell the difference.

But if I’m making a really special pie for a special occasion, like a birthday, I always go the homemade route.

I’ve also learned that there are certain pies that taste noticeably better with a homemade crust. For example, when I make my Best Banana Cream Pie, I always make the crust from scratch because it makes such a difference!

Even if you don’t make pie crust from scratch all that often, everyone needs a really good pie crust recipe in their baking repertoire. 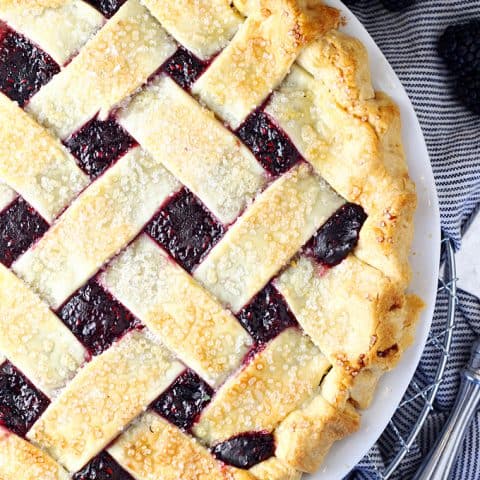 This amazing pie, with a flaky homemade crust, is loaded with a sweet and tart berry filling for an out-of-this-world dessert experience. Don't forget a scoop of vanilla ice cream on top! 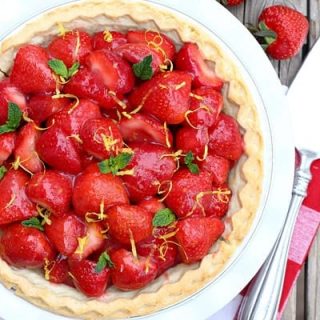 Fresh strawberries are piled into flaky pie crust then finished off with a sweet glaze and a sprinkling of lemon zest. The perfect spring or summer dessert! 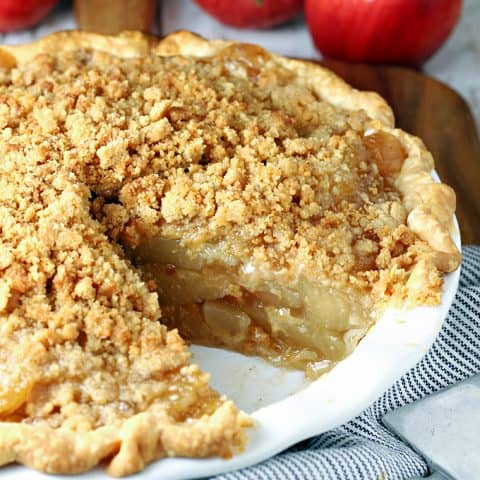 Traditional apple pie filling topped off with a pecan and brown sugar streusel. 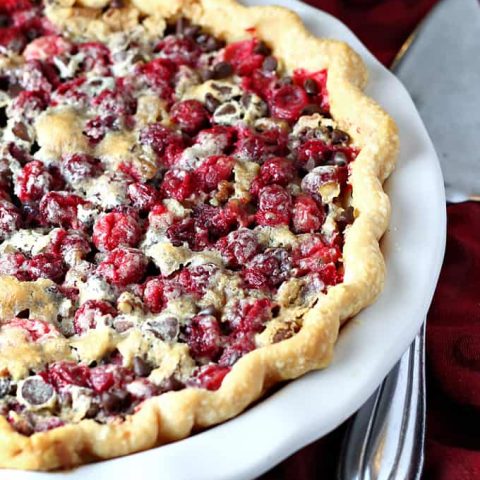 Fresh cranberries, dark chocolate and pecans come together in this decadent holiday pie. 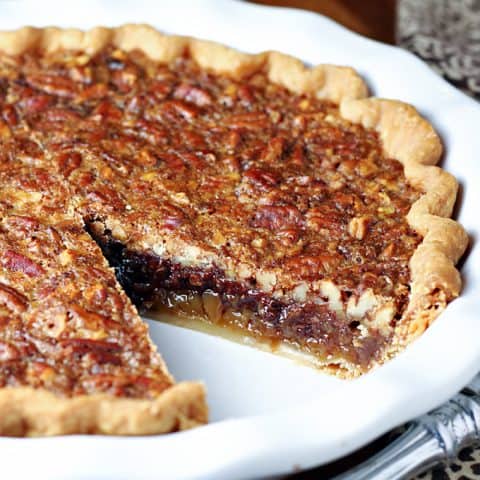 A Thanksgiving favorite, this classic pecan pie is made even more delicious with the addition of chocolate chips. Includes instructions for making ahead and freezing. 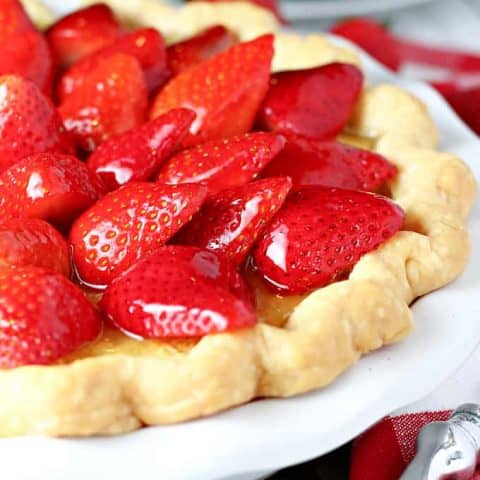 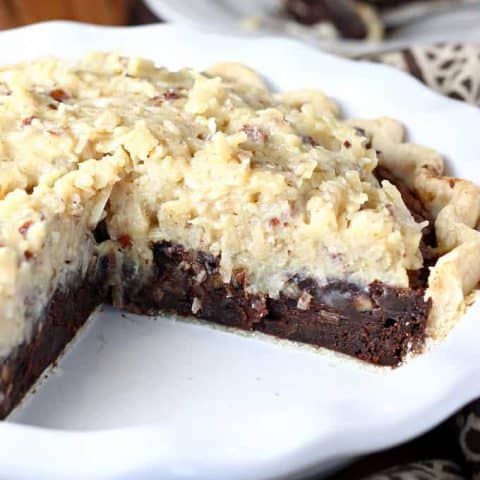 A rich, brownie-like pie filling is topped with a traditional German chocolate frosting in this decadent chocolate pie that's loaded with pecans and coconut. 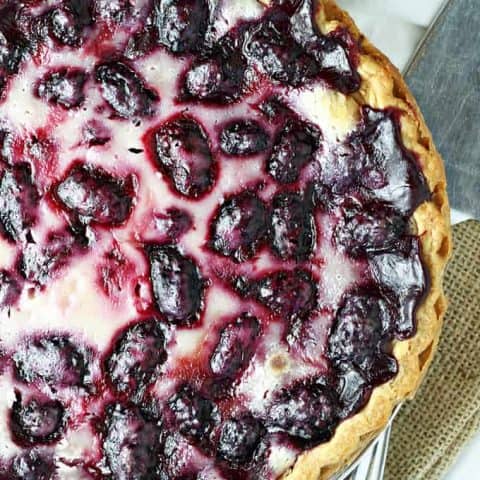 Fresh or frozen blackberries, sour cream, and a few pantry staples come together in this delightful pie that will quickly become a family favorite!